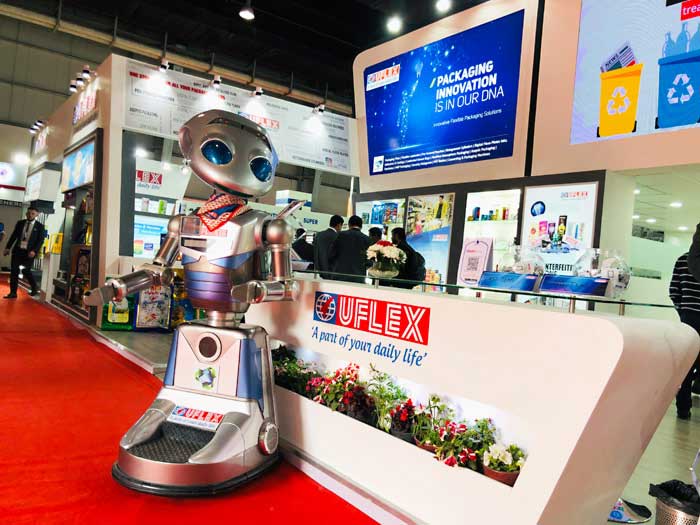 In a joint effort by Vice President Jason Doornick of International Robotics inc, and uFlex, a recycling campaign is underway spearheaded by Robot Millennia.

To meet the needs of India and earth, IRI client – uFlex of India – hopes to inspire a Recycle to Repurpose reflex in everyone for the future health of our planet. 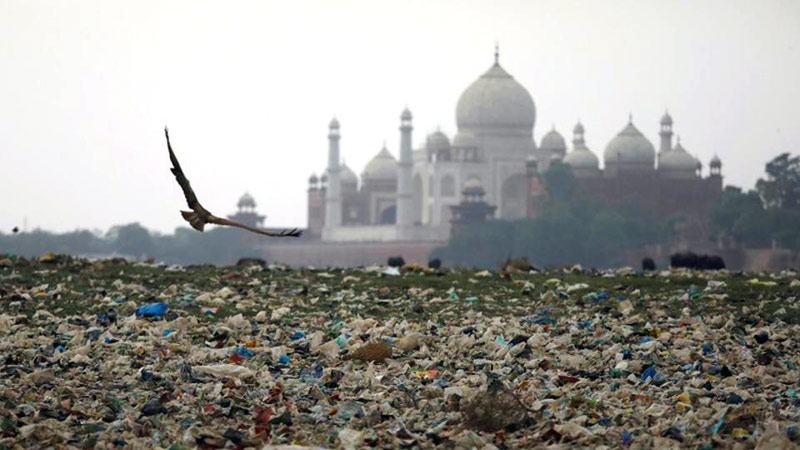 Polluted banks of the Mahal River

To educate India on the new recycling abilities of uFLEX recycling plant in Noida, India, our client has been working with Jason Doornick and Robot Millennia to promote, educate and inspire individuals all across India on how to turn trash into money. Robot Millennia is successfully creating a positive reaction and drawing media attention to this profoundly urgent issue. The uFLEX system will allow participants to bring recyclables and certain trash materials to a recycling center near their sector.

India is divided into sectors, for example, New Delhi has 138 sectors or more to help identify the area it occupies. Similar to zipcodes, every new city starts off with a Sector One designation to as many sectors as deemed necessary. When depositing the recyclables at the participating recycling center, participants will be given points for their trash/recyclables which can then be redeemed at a vending machine (a large store that is run by a computer, not your typical Coca Cola machine) in exchange for shirts, hats, sandals, hygiene kits, minutes to their cell plane, water, medical kit supplies, prepaid cards for food, jewelry, medicine, etc.

To convert the perception of useless garbage into a national “reflex” to repurpose for rewards is a joint campaign that Robot Millennia is proud to participate in.

uFLEX wants to encourage people in India to view their current garbage and pollution crisis as an ongoing profitable entrepreneurial venture. A new perception could be: “Oh look, my entire street that I sleep on is full of money, let me just carry it to a recycling center and get free water.” 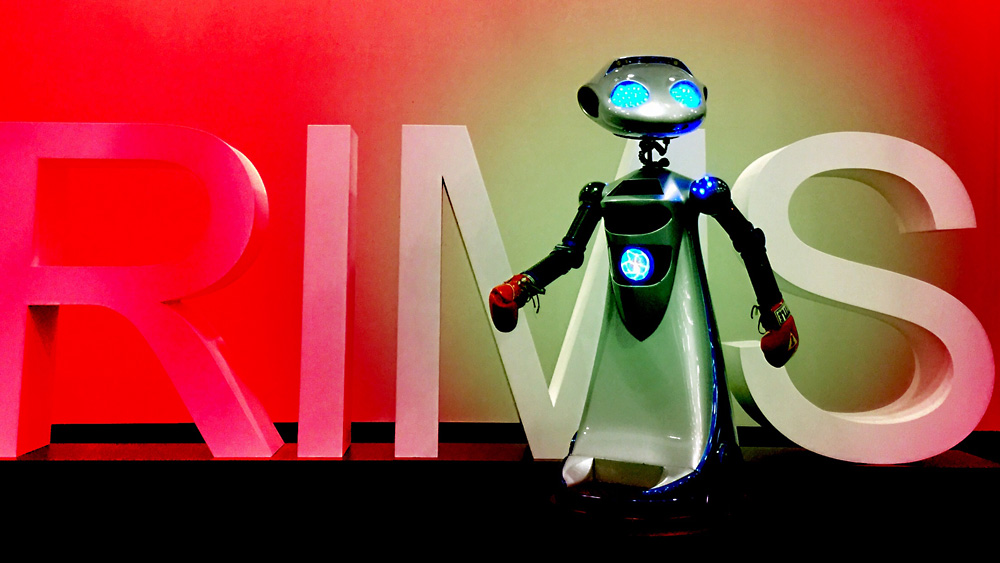 Sico reprised his role as the Rocky 4 Robot hosting the 2016 RIMS Conference on Risk Management.

SICO, the Rocky 4 Robot, addressed an audience of 2,500 Risk Insurance Management executives during the RIMS Keynote opening session in San-Diego, California. With the Rocky 4 Motion Picture theme continuing; the RIMS conference moved to Philadelphia in April of 2017; home of Rocky Balboa, the character portrayed by Sylvester Stallone in the movie that brought great fame to the Robot.

Spanning across 4 decades, SICO’s career has included appearances in more movies, sitcoms, concerts, soap-operas, award-shows, talk & news shows than any robot in history; earning SICO the first and only SAG-AFTRA membership ever appointed to a Robot, as well as a Command Performance at the White House!

IRI robots travel worldwide on behalf of Fortune 500 Companies and groups. We have a solid reputation for reliability and entertainment. Whether it’s a risk management conference or a recycling promotion, our team of robots are well regarded as superb communicators.

We often receive requests for “the robot that was in Rocky 4.” People worldwide have great affection for the SICO model and this became quite apparent when the robot made the Keynote address for the RIMS Conference. The audience cheered with great enthusiasm re-enforcing why it is important not to just entertain but also to create an emotional connection. It is our honor to connect with people all over the world, and to address them in their own language.

It has always been out intention to humanize technology especially for children. This is why we embark on GoodWill Tours on behalf of our clients, and have done so for the past 40+ years. If you wish to learn more about this, CLICK HERE.