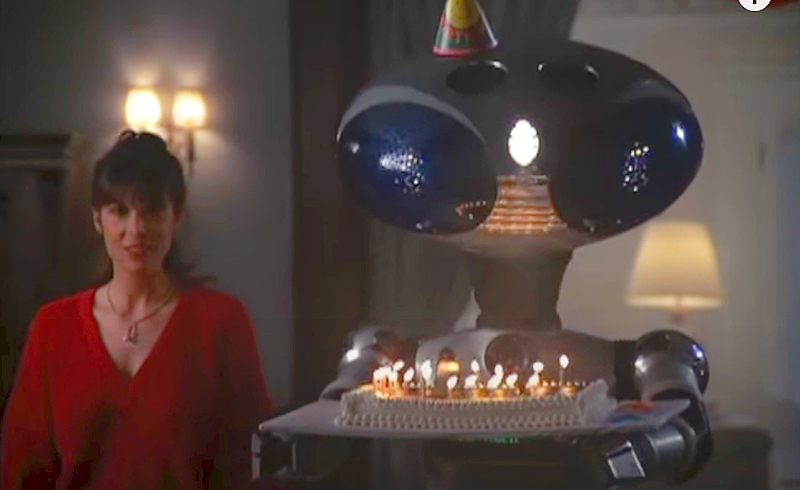 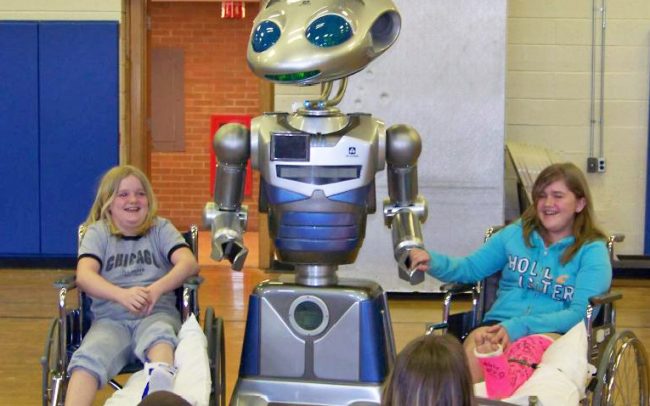 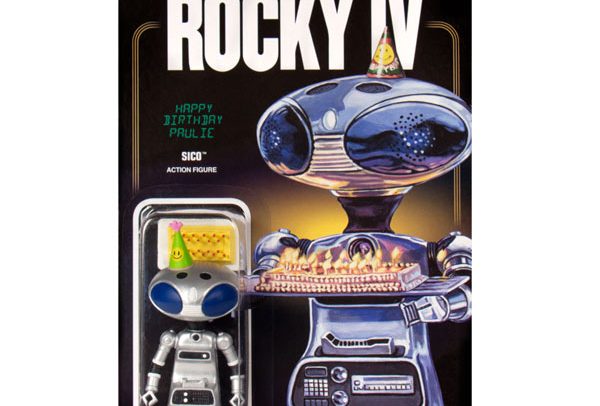 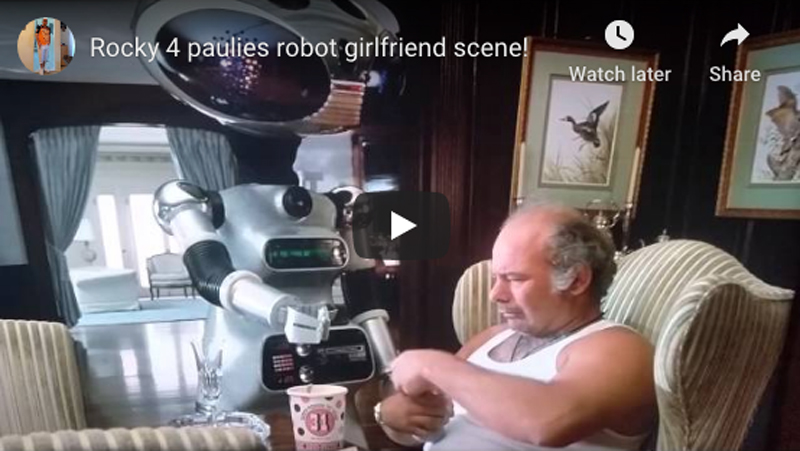 THIS ANNOUNCEMENT WAS MADE BY STALLONE ON AUG 30, 2020 VIA INSTAGRAM: Sylvester Stallone is re-releasing “Rocky IV” stating that our robot – Paulie’s iconic maid robot – won’t be in the new Directors Cut.

THIS IS OUR RESPONSE

Not only has SICO the robot gained a considerable following over the past 35 years, but his worldwide travels on behalf of the biggest corporations has also contributed to inspiring millions of people to watch – and continue to watch – Rocky IV.

It appears that Sly has misinterpreted the long-term value of “Pauli’s Robot.”

Firstly. SICO IS NOT A PROP. Neither is he a limited actor. SICO is a socio-psychological phenomenon, who engages and bonds with humans from all cultures, creating deep and lasting relationships. 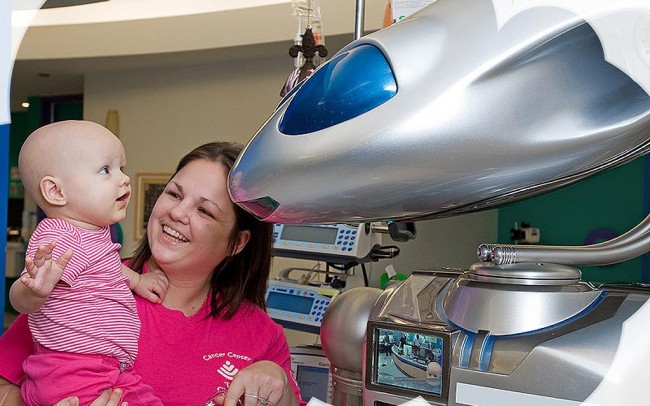 Secondly, as a purpose-driven company, SICO’s earnings contribute to our ability to donate the robot’s services to hospitals, schools, rehab & senior centers. While our other corporate clients make it possible for SICO to continue his Goodwill work, I would like to encourage you NOT to edit out Paulie’s robot from your Director’s Cut as though removing a prop. By eliminating SICO, you are removing an iconic public relations tool.

On behalf of SICO’s fans, and on behalf of the millions of children who have been positively impacted by the world’s first & most active Social Robot, I ask that you reconsider your decision. If anything, why not contemplate shooting a couple of additional scenes with SICO to let the viewers discover SICO’s real-life mission by showing the Robot visiting a school or hospital?

The many days spent with you on the set were quite enjoyable. In truth, you liked SICO, and we all had a numerous impromptu moments on the set, playing games on visitors and guests, including a funny tease involving Brigitte Nielsen. SICO was so well liked that you actually added a very entertaining scene with Paulie (later edited out as often happens). 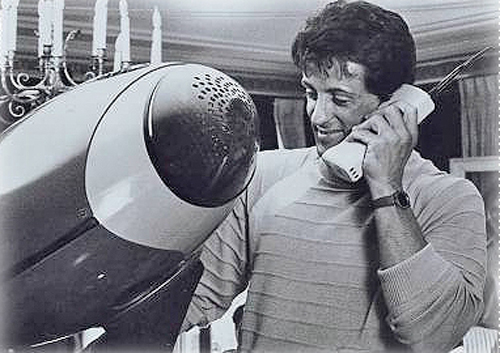 You knew that SICO evolved from my work in the field of Special Education. You knew that he was a psychologically-designed, Surrogate Communications tool for working with the Learning Disabled, Autistic, Elderly and other Special Needs groups. The connection between our work with Autistic children, and your own son re-enforced your attraction to SICO.

We are saddened by your decision but will remain deeply grateful for the opportunities you gave us to help other children around the world. —Robert Doornick

THE ROBOT WITH A HEART: an overview

Since it’s infancy back in the early 1970’s, IRI has been a purpose-driven research group with the principal mission of delivering its free services to children throughout the world. Thanks to Rocky IV, SICO grew in popularity, developed a large following, and became known as “The Robot With A Heart.” 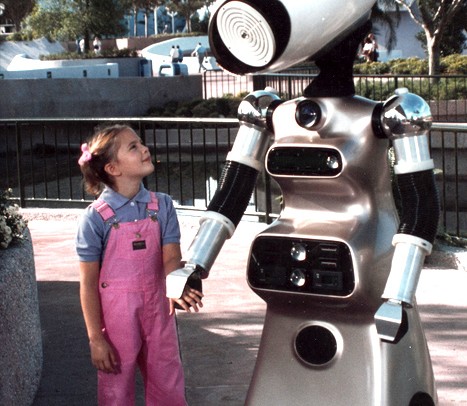 Our funding mechanism for these free services typically comes from those who hire SICO. The robot’s many activities included a season on the Soap Opera, “Days Of Our Lives,” an ABC TV Special celebrating Walt Disney’s EPCOT with the late Danny Kaye and Drew Barrymore, as an MC of The Spanish Music Awards, Command Performances at The White House, The International Olympic Committee, The United Nations, before Their Majesties, The King & Queen of Jordan as well as His Royal Highness Sheikh Mohammed, Ruler of Dubai.

SICO’s career included Music Videos, Concert Tours, countless cameo appearances on sitcoms, and so much more that SICO was eventually accepted as the first and only non-human SAG/AFTRA card-bearing member. SICO the robot also became the first card-bearing Union Member.

But nothing has compared to the claims to fame SICO enjoyed, thanks to Sly’s decision to incorporate the Robot in the Rocky IV installment. As SICO continued his global travels and Goodwill Tours (SICO greets people in multiple languages), millions of fans recognized the Rocky Robot, asking for souvenir photos and autographs. Countless more were introduced to the Rocky Movies after meeting SICO.

We are grateful for it all.

Not only has Sly’s original choice to write SICO into several Rocky IV scenes paid for countless visits to children’s hospitals, schools, clinics, rehab and senior centers and orphanages, but also the subsequent SAG/AFTRA earnings have brought countless smiles on the faces of sick or orphaned children who were thrilled to meet the Rocky IV robot.

While SICO became the busiest entertainment, therapeutic, educational and corporate spokesbot in the world, SICO continues to be referred to as “The Rocky IV Robot.”

Following the release of the Rocky IV movie, SICO was invited to host The World Design Expo in Nagoya, Japan “as The Rocky IV Robot who specializes in working with children.” For an entire summer, millions of visitors came to Nagoya to meet the Rocky IV Robot, take souvenir photos with their children, and walk past the displayed autographed boxing gloves, which Sly and Dolph generously donated to SICO at the conclusion of the film shoot. 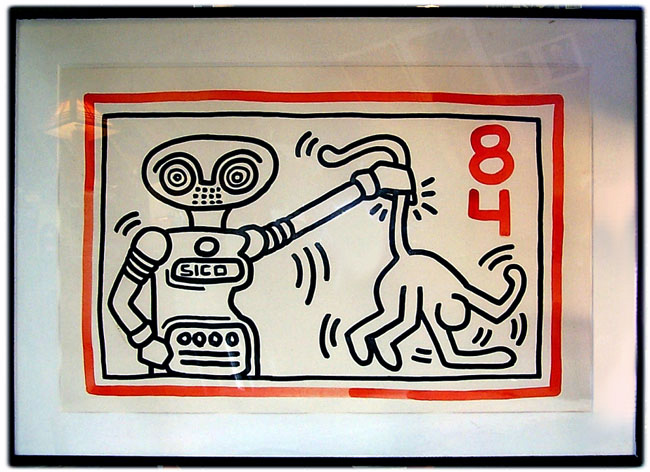 Before he passed on, the world renowned artist Keith Haring (my then neighbor in SOHO, NYC) created two paintings of SICO, after SICO appeared at his SOHO Opening at the Tony Shafrazi Gallery.

SICO has continued to evolve functionally and aesthetically. Today, SICO is the world’s finest programmable & remotely controllable Robot. Under the skillful control of his Animators, SICO delivers Keynote Addresses and hosts events on behalf of his Corporate Sponsors through a combination of programmed features and memorable extemporaneous interactions.