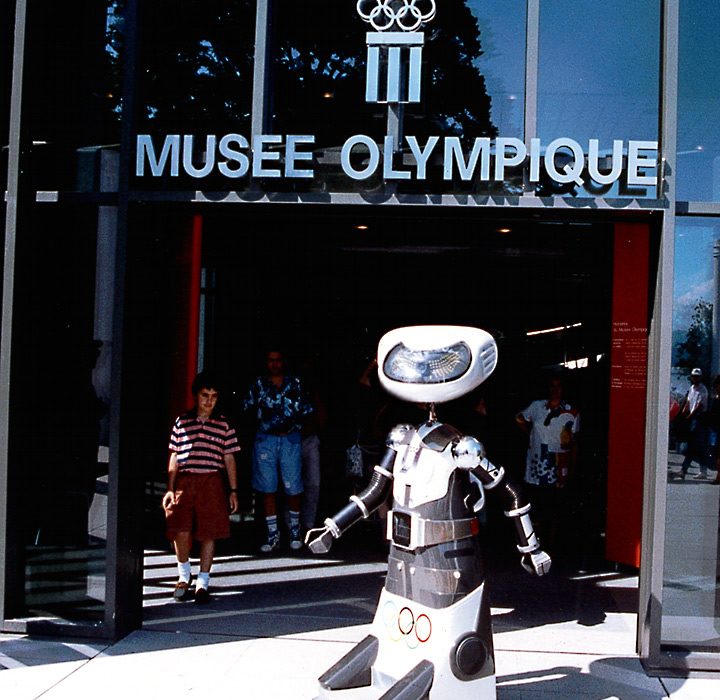 PICTURED ABOVE: Robot “Olympia” at the Olympic Museum in Switzerland

In 1993, IRI’s Robot Olympia was given the role of Goodwill Ambassador for the International Olympic Committee based in Lausanne, Switzerland. 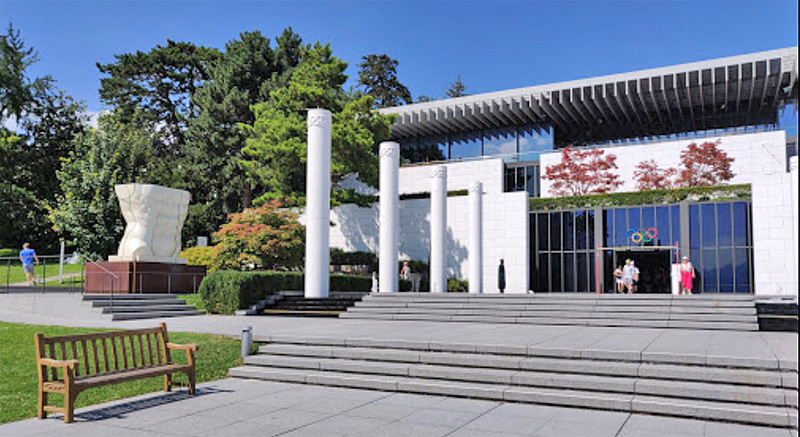 Olympia’s primary function was to welcome thousands of international visitors in a multitude of languages. As time goes on, science & sports have become partners in the pursuit of excellence. In various venues within the museum, Robot Olympia also addressed audiences on the sciences & technologies employed in all sports to enhance both performance & safety. The appealing combination of humor + easy to understand information helped Olympia “humanize” those technologies for the general public.

ARCHITECTS OF THE FUTURE

While Robot Olympia was enjoyed by all visitors, Olympia was particularly loved by the children who surrounded him, clinging to his arms. When enough little ones gathered around, Olympia would call them all, “architects of the future,” explaining that they would each play important roles in finding new solutions for a healthier Spaceship Earth. To make the very large subject of science more relatable to these small ones, Robot Olympia explained that they “are never standing still.” Reciting figures, he helped them understand; 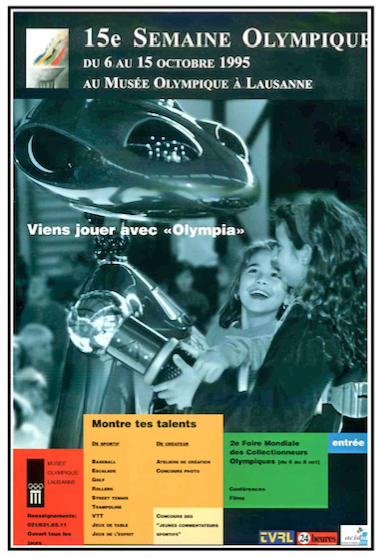 IF YOU CAN DREAM…

Being a Goodwill Ambassador for the Olympics Museum included visiting local schools where Robot Olympia would deliver his inspirational presentation to these Architects of the Future, called “If You Can Dream…”

The involvement of International Robotics with developing technologies, led to the creation of an educational lecture called, “If You Can Dream,” which translates IRI’s knowledge of present and future technologies into a motivational vision of the astonishing solutions available. “If You Can Dream” addresses technological breakthroughs in Climate Change, agriculture, energy, transportation, medicine, water, Space Exploration, the functioning of the mind, the very DNA of our universe, Organic Technology, and how science & theology are making peace with each other.

LEARN MORE ABOUT IF YOU CAN DREAM 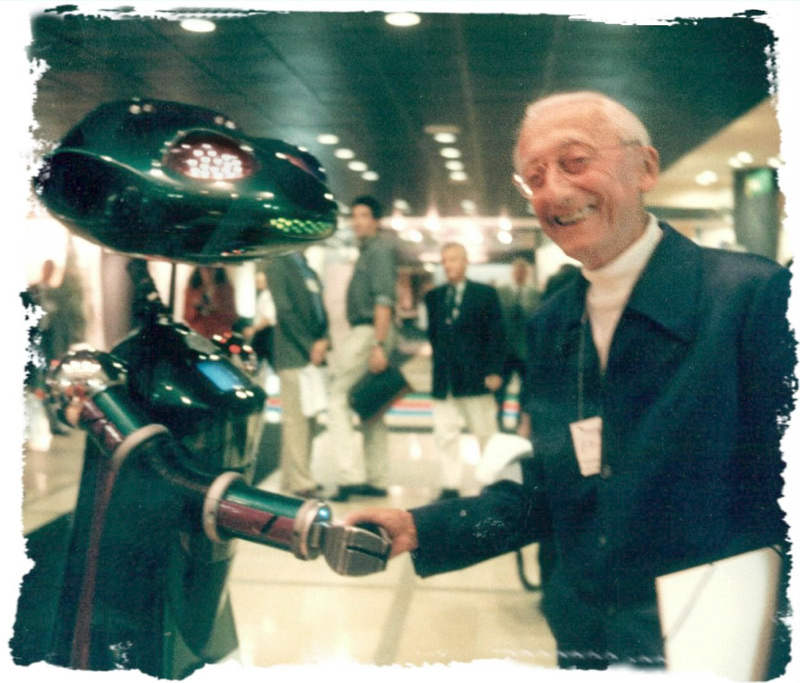 The Aqua-Lung was invented in Paris during the winter of 1942–1943 by two Frenchmen: the engineer Émile Gagnan and the Naval Lieutenant Jacques Cousteau. It allowed Cousteau and Gagnan to film and explore more easily underwater, an unknown environment that the world was already polluting.

In 2002, his son, Jean-Michel Cousteau, was selected to be the first person to represent the environment in an Opening Ceremony of the Olympic Games. The International Olympic Committee added environment to sport and culture as the third principle of the Olympics.

The environment calls for our help. Inspiring the young ones – our Architects of the Future  – to use technology to find solutions for our imperiled planet has always been our mission because they are our hope. The Olympic symbol represents the union of the “five continents” of the world. It is also our hope that the unity that the Games represent, will join us all in everyday life to find environmental solutions for the beautiful blue dot we all live on.

Call us. We Promote Hope.